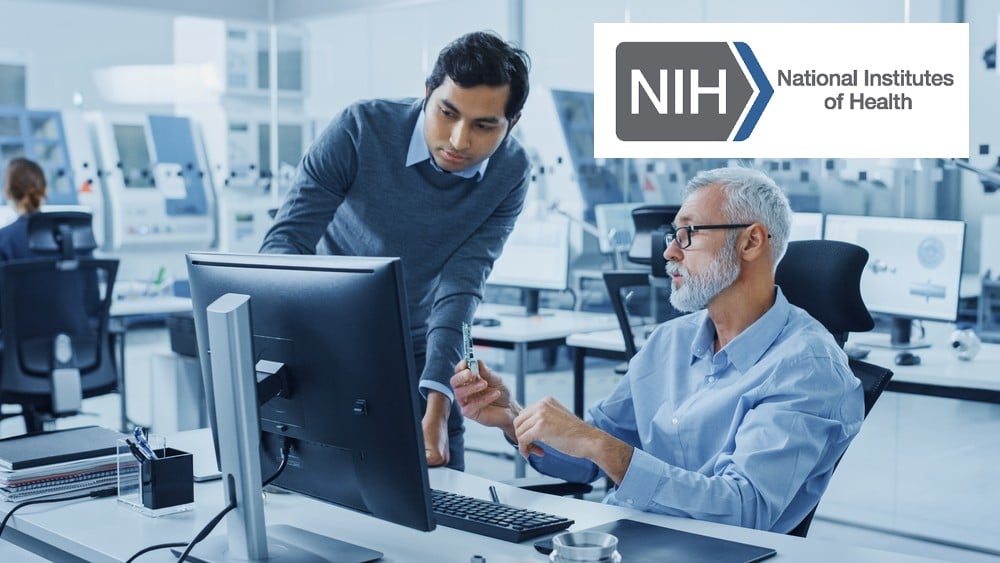 Abdominal obesity increases the risk of adverse health conditions including cardiovascular disease, type 2 diabetes, and metabolic disease. The excess fat carried in the abdominal region of obese individuals causes widespread inflammation throughout the body leading to a vicious cycle with the inability for the body to use overloaded fat stores. In a recent study, IRP scientists discovered a drug combination capable of decreasing inflammation while simultaneously revving up the ability of obese mice to burn fat.

“A white fat cell is an amazing cell,” says Dr. Aaron Cypess, IRP investigator at the Diabetes, Endocrinology, and Obesity Branch, National Institute of Diabetes and Digestive and Kidney Diseases and senior author of the study. “It can grow up to 10 times its original size to store triglycerides, but we push this as far as we can until it bends and then breaks. If you have too much fat stored in a fat cell, the cell doesn’t like it.”

To further explore the mechanism for stimulating the release of stored fat from catecholamine-resistant cells, Dr. Cypess and his team studied the effects of combining CL-316,243 (called CL), a molecule that stimulates beta-adrenergic receptors, with an anti-inflammatory dietary supplement called alpha-lipoic acid.

“By themselves, alpha-lipoic acid and CL do certain things, but when you put them together, you get a significant reduction in pro-inflammatory molecules and an increase in anti-inflammatory molecules,” says Dr. Cypess. “We are still working on defining the mechanism, but part of it is probably that the alpha-lipoic acid is reducing the inflammation and making it less problematic, and that allows the CL to work better.”

In a recent study at the National Heart Lung and Blood Institute (NHLBI), researchers found that staying well-hydrated supports essential body functioning and may reduce the risk of developing severe heart problems in the future.

Preclinical research conducted as an initial phase of the study suggested connections between dehydration and cardiac fibrosis, a hardening of the heart muscles. To explore this hypothesis further, Dr. Natalia Dmitrieva, the lead study author at NHLBI, and the team of researchers looked for similar associations in large-scale population studies by analyzing data from more than 15,000 adults, ages 45-66, who had enrolled in the Atherosclerosis Risk in Communities (ARIC) study between 1987-89 and shared information from medical visits over a 25-year period.

For the retrospective review, the selected participants had hydration levels within a normal range and did not have diabetes, obesity, or heart failure at the start of the study. Approximately 11,814 adults were included in the final analysis, and of those, the researchers found, 1,366 (11.56%) later developed heart failure.

“Serum sodium and fluid intake can easily be assessed in clinical exams and help doctors identify patients who may benefit from learning about ways to stay hydrated,” says Dr. Manfred Boehm, who leads the Laboratory of Cardiovascular Regenerative Medicine, NHLBI.

Parkinson’s disease is a progressive central nervous system disorder caused by the death of neurons in the brain that release a chemical called dopamine. The resulting dopamine deficit, leads to improper signaling in the brain, thereby impairing the patients’ ability to move. The hallmark symptoms of Parkinson’s such as slow movement, tremors, rigidity, and problems maintaining balance generally do not occur until the patient has lost more than half of the dopamine neurons in their brains. This degenerative process can begin years or even decades before they receive a diagnosis.

“Parkinson’s is a progressive disease, so the earlier we can diagnose it, the earlier we can start the intervention, which can help to slow the progression of the disease,” says Dr. Guohong Cui, IRP researcher at the NIEHS Neurobiology Laboratory, and the study’s senior author.

Parkinson’s disease can be very difficult to diagnose in its early stages as there is a range of neurological disorders that can present many of the same symptoms. Research efforts in the past have focused on the detection of a malformed protein called alpha-synuclein as a biomarker, however, the differences between Parkinson’s patients and healthy people were not readily discernable.

Dr. Cui’s lab is pursuing a completely new approach utilizing the measurement of dopamine metabolites, such as DOPAC and HVA, which are produced when dopamine that has been released from neurons has been broken down. Unlike dopamine itself, some of these metabolites can pass through the blood-brain barrier into the bloodstream and can also show up in the cerebrospinal fluid (CSF) surrounding the brain and spinal cord.

“If you look at the average, Parkinson’s patients show lower levels of dopamine metabolites in CSF samples,” explains Dr. Cui. “The issue is that the difference is very small because the variation among patients is large, so the sensitivity of this measure will not be good enough as a diagnostic method. Our idea is to increase the dynamic range so we can make these two groups — the patients and the healthy control group — more different from each other.”

To test this theory, the research team stimulated the dopamine neurons of 20-week-old mouse models of Parkinson’s disease by administering two FDA-approved drugs: haloperidol, which induces dopamine neurons to release more dopamine, and methylphenidate, which inhibits cells from recapturing the release dopamine.

Initially, the levels of the two metabolites in the CSF and blood were the same in both the healthy mice and Parkinson’s mice. However, after one hour, the CSF of the Parkinson’s mice contained significantly less HVA and DOPAC than CSF from the healthy animals, and their blood had decreased levels of HVA as well.

The study shows promising results in the early detection of Parkinson’s; however, the side effects of haloperidol may be an obstacle for use in humans. Dr. Cui’s lab is continuing their research efforts to test two experimental drugs having fewer side effects to replace haloperidol in the diagnostic test while also working on treatments to slow down the loss of dopamine neurons in Parkinson’s patients.

Scientists at the National Eye Institute (NEI) have determined that mitochondria in the eye’s photoreceptor cells serve as microlenses to channel light to the outer segments of these cells where it’s converted into nerve signals. This new study, conducted in ground squirrels, provides a more precise picture of the retina’s optical properties that could aid in the early detection of eye disease.

“We were surprised by this fascinating phenomenon that mitochondria appear to have a dual purpose: their well-established metabolic role producing energy, as well as this optical effect,” said Dr. Wei Li, who leads the NEI Retinal Neurophysiology Section and is the study’s lead investigator.

Scientists measuring retinal responses to light have observed that when light enters the eye near the center of the pupil, it appears brighter compared to light of equal intensity entering the eye near the edge of the pupil. In this new study, Dr. Li found that the lens-like effect of mitochondria followed a similar directional light intensity profile. Depending on light source location, the mitochondria focused light into the outer segment of the cell along trajectories that mirrored those observed from the Stiles-Crawford effect.

Linking the mitochondria’s lens-like function to the Stiles-Crawford effect has potential clinical implications for non-invasively detecting retinal diseases, many of which are thought to involve mitochondrial dysfunction at their origin. For example, patients with retinitis pigmentosa have been reported to have abnormal Stiles-Crawford effect even when they have good visual acuity. Further research is needed to explore the structural and functional changes in cone mitochondria and their manifestations in detectable optic features.

The Brain Across the Lifespan: Tools and Methodologies for Measuring the Changing Brain