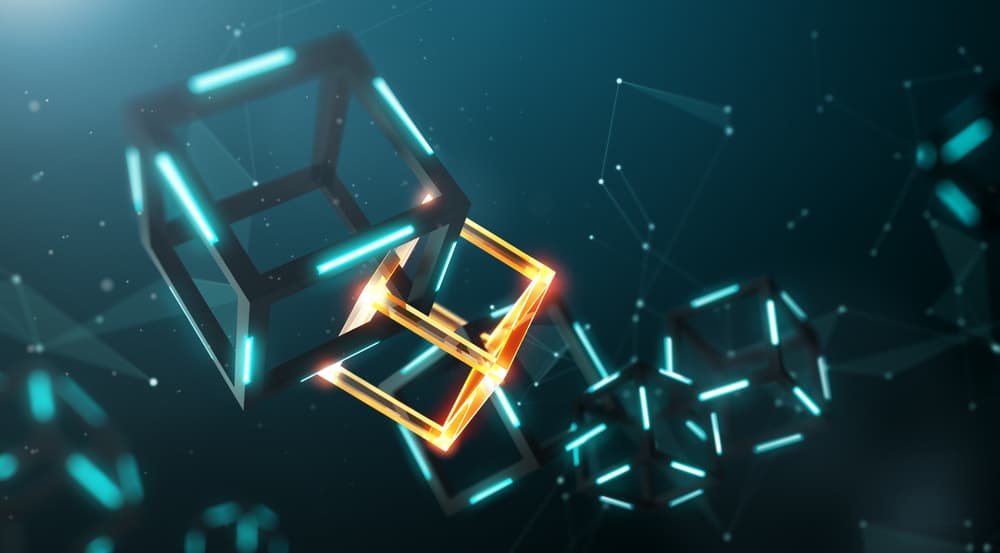 Verification of data integrity is a critical part of the FDA’s mission to ensure the safety, efficacy and quality of human and veterinary drugs, biological products, and medical devices. As these products must undergo extensive testing before being approved for the public, gathering high-quality, reliable and statistically sound data is an important goal for all clinical research. There are, however, converging trends challenging the ability of legacy data management systems to establish and sustain data integrity throughout all phases of clinical studies:

Every once in a while, a technology comes along that has the potential to act as a significant disruptive force. Blockchain technology may very well be the next big disruptive technology and is likely to find applications in nearly every major industry to reduce cost, increase efficiency and more significantly, improve trust. Trust is foundational all businesses, and blockchain enables companies to seamlessly establish both trust and transparency in data-related business processes in a non-centralized and therefore scalable and cost-effective way.

According to Statista, global blockchain technology revenues will experience massive growth in the coming years, with the market expected to climb to over 23.3 billion U.S. dollars in size by 2023. In this blog, we will discuss ways in which blockchain technology is being applied to enhance data integrity in clinical research.

What is Blockchain Technology?

Ledgers are the foundation of accounting: a secure record of transactions is essential to the role of money in our society. Blockchain technology utilizes a distributed peer to peer computer network to create a digital ledger (a form of a database) using cryptographic techniques to store transaction records in a verifiable and unalterable way. Each server or node in the network can independently verify each data entry and modification of any data in the chain requires alteration of all following entries in the chain and consensus of the network. In this manner, with a reasonable time and network distribution of transactions, the entire chain of entries is considered secure by design and fault tolerant due to the distribution of the data.

When applied effectively, blockchain networks inherently resist modification of the data stored in the transaction record. Transaction data stored in a blockchain can’t be stolen or hacked, as it is not kept in a central repository, but instead distributed across dozens or even thousands of geographically dispersed network nodes. The distributed nature of the network, the use of timestamped records, and cumulative cryptographic verification all assure that the stored data remains intact and immutable. Additionally, the application of public key cryptography to the transactional data, makes the entries attributable and non-repudiable. Interestingly, these are key characteristics of asserting data integrity as defined by the FDA: attributable, legible, contemporaneous, original, and accurate (ALCOA).

Furthermore, the ability of a blockchain to be an immutable audit trail makes blockchain technology perfectly suited for any company focused on data integrity and regulated or audited by 3rd parties like the FDA. In addition, blockchain network participants can store, exchange and view information in the database without the need for establishing preexisting trust between the parties (for example, by a negotiated legal contract) – trust is in fact hardcoded into the blockchain protocol.

It is important to note that not all problems require or would be most effectively met with a blockchain solution. The creation and maintenance of the ledger is currently a costly exercise. There have been efforts to address this cost, through the design of specific implementations to facilitate application to more general problems (Ethereum for example, which is a blockchain application platform based on a distributed virtual machine); and through “blockchain as a service” offerings, with Microsoft and Amazon Web Services recently adding blockchain networks to their offerings.

Blockchain solutions are ideal for data records that are meant to be shared between partners in a network where transparency and collaboration are important. Specifically, blockchain could be considered appropriate when:

Blockchain databases can be categorized into two main types – public and private. Bitcoin is an example of a public blockchain, with thousands of computer nodes distributed worldwide doing the work required to verify the network. These nodes are run by participants in verifying the network (computational work also known as “mining”) who receive rewards paid in the cryptocurrency created by the network. Attributes of a public blockchain include public access, a high degree of control, a large distribution of work which can result in fewer verified transactions per unit time, and transaction verification and overall security by Proof of Stake or Proof Of Work (approaches that enhance stability and security of the network).

Private blockchains, on the other hand, are more common in industry applications of blockchain technology. These type of blockchains have a less randomly distributed network (nodes typically run by stakeholders), restricted access to the network, the potential for higher throughput and scalability, and transaction verification by authorized network participants.

Hybrid blockchains are a recent approach: the blockchain in general is a public blockchain with an ability to designate data that is public and fully open vs. data that remains private and accessible only to authenticated entities. Some recent private blockchain implementations are also leveraging public blockchains for the cryptographic payload only: this approach has an interesting advantage when considering data storage compliance with geographic regulations such as the European Union’s General Data Protection Regulation (GDPR).

Good quality data from clinical trials requires good security, proper content (metadata) and an immutable audit trail. Blockchain technology is a potential component of ensuring these capabilities. Blockchain data integrity has the strength of cryptographic validation of each interaction or transaction, and the entirety of the set of records. Any data integrity issue in a blockchain results in an immediate indication of where and when the problem happened, along with the contributor of the offending transaction.

Blockchain effectively allows proof of the integrity and provenance of the data independently of the production of the data. Blockchain-based, immutable, timestamped records of clinical trial results and protocols could potentially reduce the incidence of fraud and error in clinical trial records by eliminating the potential for outcome switching, selective reporting and data snooping.

Additionally, it is very difficult for researchers in the current environment of siloed informatics systems to share and maintain the provenance of data. Blockchain-based data systems could allow for seamless data sharing between organizations, thereby reducing data integrity issues stemming from errors and incomplete data.

As an example of this, researchers at University of California San Francisco (UCSF) recently developed a proof-of-concept method for using a private blockchain to make data collected in the clinical trial process immutable, traceable, and more trustworthy. The researchers used data from a completed Phase II clinical trial and tested the resilience to tampering with the data through their proof-of-concept web portal service. They demonstrated effectively that data entry, storage, and adverse event reporting can be performed in a more robust and secure manner, could withstand attacks from the network, and be resilient to corruption of data storage. For this approach to be implemented in the real world, it’s worthwhile to note that a regulator acting as a centralized authority would likely need to instantiate a private blockchain, operate the web portal, register all parties, and keep a ledger of the blockchain’s transactions.

Another example of blockchain technology in action was provided by scientist.com, a leading online marketplace for outsourced research in the life sciences, with the recent launch of their DataSmart™ platform based on a proprietary blockchain implementation. The platform is designed to ensure data integrity in research data from clinical and preclinical stages of drug development that is submitted electronically to regulators. DataSmart™ also allows pharmaceutical and biotechnology companies to demonstrate that critical supplier data has not been tampered with and remains unaltered.

To improve visibility of data quality and analysis, researchers from several different companies recently collaborated to develop TrialChain, a hybrid blockchain-based platform intended for application to biomedical research studies. This approach includes provisions to permit modifications of original data created as a routine part of downstream data analysis to be logged within the blockchain. In addition, the use of a hybrid blockchain structure in TrialChain allows for public validation of results alongside the additional authorization required for full access to data.

Finally, pharmaceutical giants Pfizer, Amgen and Sanofi have teamed up to find the most effective ways to utilize blockchain technology, from ensuring data integrity to speeding up clinical trials and ultimately lowering drug development costs.

With the ability to deliver immutable timestamped records, audit trails and data provenance, in a highly secure and attributable manner, blockchain technologies could indeed have a huge impact on clinical research worldwide. While blockchain obviously can’t prevent errors at the source (e.g., an incorrect recording of a test result), a blockchain-enabled clinical research system could provide a strong mechanism to ensure the integrity of the datasets themselves.

As in other industries, blockchain also holds promise for reducing costs in many aspects of the drug lifecycle – from discovery to manufacturing. From the ability to concisely and securely track data provenance as part of analytics to meeting regulatory serialization requirements in the supply chain, there are many interesting potential applications of blockchain technology.

As with the application of any new technology, biopharma companies looking to implement blockchain technology in their clinical research should consider working with a quality informatics consultant well established in the domain, and consider very deliberately how the technology will fit in the overall systems architecture.